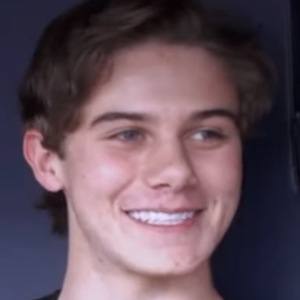 Hockey center who gained fame for his career with the US National Development Team. He earned a gold medal with the US U-17 side at the World U-17 Hockey Challenge. He was the consensus #1 prospect going into the 2019 NHL Draft, where he became first overall pick by the New Jersey Devils.

He played his minor league hockey career with the Mississauga Rebels of the Greater Toronto Hockey League (GTHL). He broke through at the 2018 IIHF World U18 Championships as the MVP of the tournament.

He won the Junior Player of the Year Award in 2018 as the top American-born junior hockey player. He led the US U-20 hockey team to a silver medal finish at the 2019 IIHF World U20 Championship.

He competed at the 2019 IIHF World U20 Championships with his brother Quinn Hughes.

Jack Hughes Is A Member Of