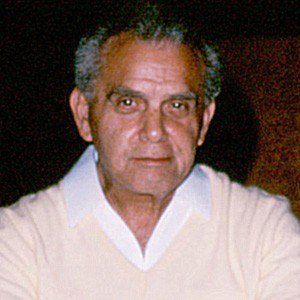 Comic book artist, writer, and editor who co-created the superhero Captain America in 1940 with Joe Simon. The character was an instant hit with readers, selling more than one million copies with his second issue.

He briefly attended the Pratt Institute in Brooklyn before serving in World War II. He then worked for virtually every publisher in town, including DC, Harvey Comics, Crestwood Publications, and Hillman Periodicals.

He left Marvel for DC in 1970, where he devised the Fourth World saga, of which the New Gods became a pivotal part of DC continuity.

He married Roz Goldstein in 1942. They had four children together: Susan, Neal, Barbara, and Lisa.

He and Stan Lee co-created iconic Marvel Comics characters such as the Fantastic Four, the X-Men, and the Hulk.

Jack Kirby Is A Member Of