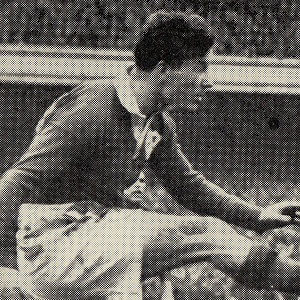 Irish rugby union fly-half remembered for winning a grand slam at the Five Nations Championship with Ireland in 1948. The Irish Rugby Football Union named him as the Greatest Ever Irish Rugby Player in 2002.

He was born in Belfast and graduated from Queen's University in 1951.

He was a known humanitarian and worked as a consultant surgeon in Zambia in the late 90's and early 2000's.

He was survived by his daughter Justine and his son Caleb.

He and Willie John McBride are both famous rugby players from Northern Ireland.

Jack Kyle Is A Member Of