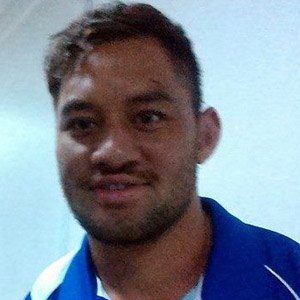 New Zealand-Samoan rugby union flanker who joined the Hurricanes in Super Rugby in 2011.

He started in every match at openside flanker during his rookie season with the Hurricanes.

His cousin became a well known player and coach.

He and fellow New Zealander Conrad Smith both played for the Hurricanes.

Jack Lam Is A Member Of