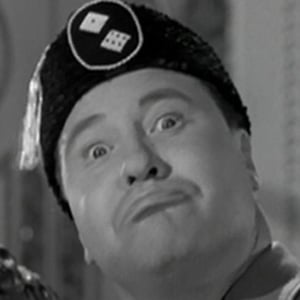 he played Benzino Napaloni in the 1940 film, The Great Dictator, a role which earned him an Oscar nomination. He was called The World's Oldest Freshman for appearing in many films with a collegiate theme including College Humor and College Rhythm.

Prior to becoming an actor, he worked as a runner on Wall Street.

His television credits include Daniel Boone, Breaking Point, and Bonanza.

He married his second wife, Victoria Horne, in 1950.

He appeared in The Great Dictator with Charlie Chaplin.

Jack Oakie Is A Member Of