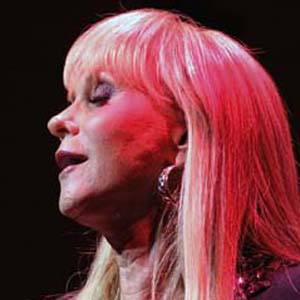 American singer and songwriter who had many hit songs in the 1960s, including Put a Little Love in Your Heart in 1969.

She starting singing country songs on a local radio station when she was six years old and hosted her own radio program when she was eleven.

She was inducted into the Songwriters Hall of Fame in June 2010.

She once dated guitarist Jimmy Page.

Jackie Deshannon Is A Member Of