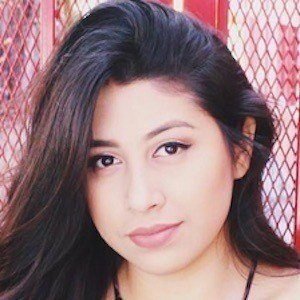 YouTube vlogger who is known for her Jackie Adriana channel. She has gained popularity there for her frequent vlog entries dealing with topics from her everyday life.

She has amassed more than 10,000 subscribers to her YouTube channel since its beginning. One of her most popular videos, "MY BEST FRIEND FAKED HER DEATH! STORY TIME," has earned more than 150,000 total views.

She and fellow YouTuber Tana Mongeau are both known for their relatable vlog entries.

Jackie Adriana Mendoza Is A Member Of