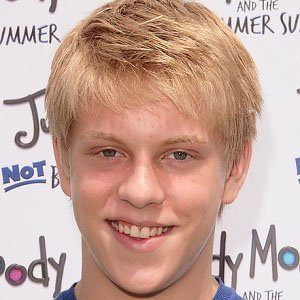 Actor turned singer-songwriter who first rose to fame playing Zeke in the film adaptation of Judy Moody and the Not Bummer Summer. He was also known as Ari on the TV Show The Goldbergs.

He had small roles in shows like Private Practice and State of the Union.

He moved to Nashville to better pursue his career in music and he often posted videos on his YouTube channel JaxnSings with covers and original songs.

He was born in a small town in Colorado. He has a sister named Jenna.

He appeared alongside Eric Stonestreet and Jesse Tyler Ferguson as a guest star on Modern Family.

Jackson Odell Is A Member Of