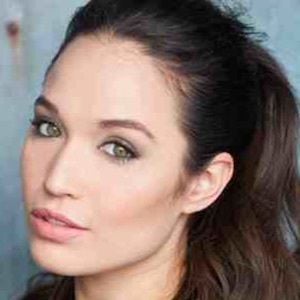 Actress most famous for her role as Amanda Cryer on the OWN soap opera The Haves and Have Nots. Her film credits include Touched the Film and Ulterior Motives: Reality TV Massacre.

She danced ballet for many years and was accepted into the Houston Ballet at age 15. She later won the Grand Prix Italia Gold Metal for her dancing.

She founded her own nonprofit organization called Betham Ballet Theatre, which seeks to teach ballet to underprivileged children.

She married actor and musician Toran Caudell in 2012.

She co-starred with Tika Sumpter on The Haves and Have Nots.

Jaclyn Betham Is A Member Of