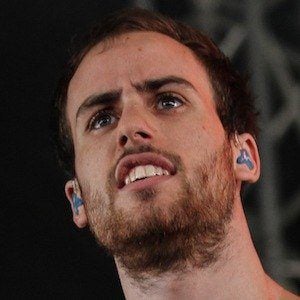 Guitarist and bassist most well known for playing rhythm guitar for the Utah-born deathcore band Chelsea Grin. Since joining the band in 2009, Chelsea Grin has released half a dozen successful albums and EPs.

He originally joined Chelsea Grin in 2008 as a brief bassist before departing and returning almost a year later to become their rhythm guitarist.

He has an online graphic t-shirt and clothing company called Done Dirty.

He was born and raised in Salt Lake City, Utah.

He plays alongside lead singer Alex Koehler in Chelsea Grin.

Jacob Harmond Is A Member Of