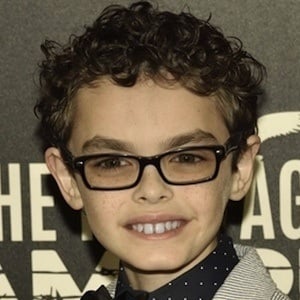 Television actor who is best recognized for his recurring role as Seldon Wishnow in the 2020 series The Plot Against America. He is also known for his feature film appearances including as Fred in Team Marco.

He started his acting career by taking musical theater lessons and chose to pursue his acting in 2017. He made his feature film debut in 2018 when he starred in A Kid Like Jake.

He is also known for having appeared in the John Mulaney & the Sack Lunch Bunch comedy special.

He was born in Orlando but moved to New York City at 4 where he was raised.

He appeared alongside Krysten Ritter and Eka Darville in an episode of Jessica Jones.

Jacob Laval Is A Member Of