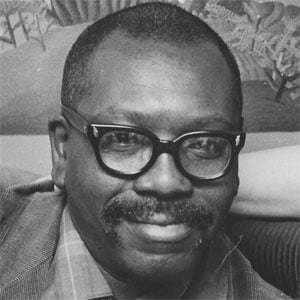 Painter influenced by Cubism and the Harlem Renaissance and best known for his African-American-themed work that portrayed their struggles for equality.

He dropped out of school when he was 16 years old, but eventually took classes at the Harlem Art Workshop. He was 23 when he presented his 60-panel "Migration Series" to the public.

He taught art for a time at the University of Washington.

He and his siblings moved to New York City when he was 13, where he mother sent him to a Harlem-based arts and crafts settlement house for classes as a way to occupy his time. He married fellow painter Gwendolyn Knight in 1941.

He used Harriet Tubman as the subject of one of his portraits.

Jacob Lawrence Is A Member Of