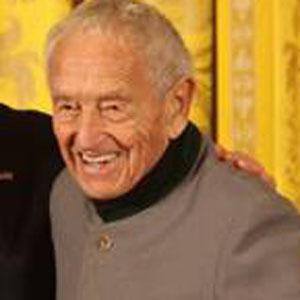 American realist painter whose best-known works included "Christina's World" from 1948 and "Braids" from 1979. He mainly used the people in his hometown of Chadds Ford, Pennsylvania, and around his summer home in Cushing, Maine, as his subjects.

He became a draftsman before he was able to read. However, he became famous for illustrating such books as "Treasure Island" and "The Last of the Mohicans," as well as magazines, posters, and advertisements.

He painted 247 intimate portraits of the German-born musician and caregiver, Helga Testorf.

He was a sickly child whose home education introduced him to the literary work of Henry David Thoreau and Robert Frost. He married Betsy James in 1940, and the couple had a son in 1943. His second son, Jamie Wyeth, also became an artist.

His father was the renowned artist, N.C. Wyeth, and his only teacher.

Andrew Wyeth Is A Member Of