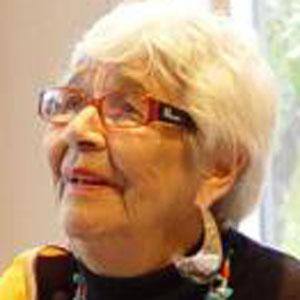 Award-winning Woodlands Style painter whose aboriginal-themed works were exhibited by the National Gallery of Canada.

She studied art in Ottawa and Sweden and rose to national prominence through her pen and ink drawings of the Manitoba native Cree people.

Her work was exhibited in the United States, Belgium, Japan, and Israel, as well as in her native Canada.

She was born on an Indian reservation in Ontario to an English mother and a father who was descended from the Potawatomi Chief Black Partridge.

She and Emily Carr both created native Canadian-themed artworks.

Daphne Odjig Is A Member Of