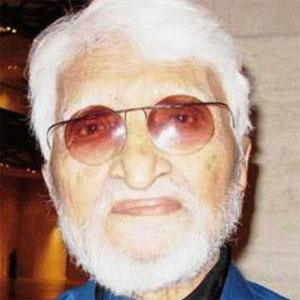 Indian painter and film director who was associated with Indian modernism in the 1940s and created narrative paintings presented in a modified Cubist style.

He taught himself how to paint at a young age and began his career painting cinema posters in Mumbai.

He became the best-paid painter in India after one of his pieces sold for $1.6 million at a 2008 auction.

He came from a Muslim family in Pandharpur, Maharashtra, India.

He and Pablo Picasso were special invitees at the Sao Paulo Biennial in 1971.

MF Husain Is A Member Of