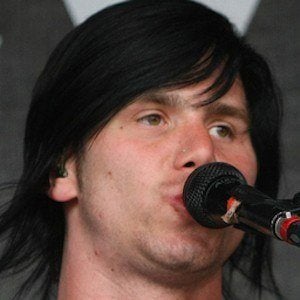 Known to his fans as "Crouton," he is famous as the frontman of the Christian rock band Family Force 5. Before taking over as lead vocalist of the group in 2013, he spent nearly a decade as Family Force 5's drummer. His popular albums with the group include Dance or Die, III, and Time Stands Still.

With The Brothers, the precursor to Family Force 5, he released a 1994 album titled Fact and Reality. A decade later, he recorded Business Up Front/Party in the Back, which was his first album with Family Force 5.

He and his bandmates originally wanted to name their music group The Phamily, but they encountered resistance from Prince, who led a band called The Family.

Raised in Atlanta, Georgia, he and his brothers and fellow Family Force 5 members Solomon "Soul Glow Activatur" Olds and Joshua "Fatty" Olds are the sons of Christian musician Jerome Olds. Jacob and Joshua Olds are twins.

Jacob Olds Is A Member Of