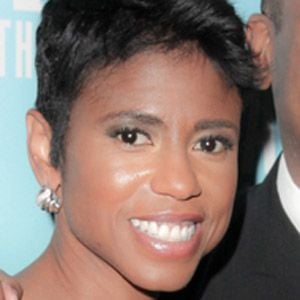 American television and radio personality who hosted the BET Nightly News from 2001 to 2005.

She was also a morning anchor on CNN Headline News.

She was born in Atlanta, Georgia.

She became a member of the National Association of Black Journalists, which also hosted Cynthia Tucker.

Jacque Reid Is A Member Of