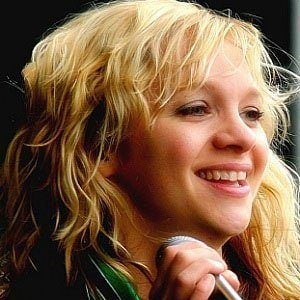 Pop punk/rock singer who rose to fame as the lead singer of the pop rock band Krezip, whose megahit song "I Would Stay" was given the title of All Time Best Dutch Single. She began a solo career after the band's 2009 breakup.

She formed Krezip in 1997, while still in high school. They were signed to Warner Music by 2000. In addition to singing, she also played piano for the band, but had to give up the part after an injury left her unable to play.

In August 2010, she released Good Life, her solo album featuring the track "Wherever I go," which was a top single in the Netherlands.

Jacqueline Govaert Is A Member Of