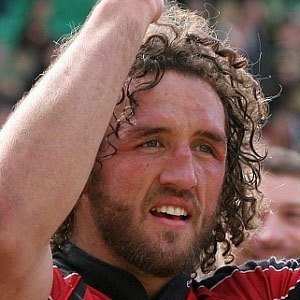 Namibian loose forward best known as a member of Saracens FC in English Premiership. He has captained the Namibia national rugby union team and has represented the country at the Rugby World Cup.

He was born in Windhoek, the capital city of Namibia, and debuted for the GWK Griquas in 2005.

He was named Saracens Player of the Year for the 2010-11 season.

He married a woman named Lehanie.

He and Billy Vunipola have both played for Saracens.

Jacques Burger Is A Member Of