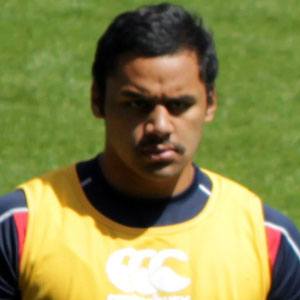 Rugby union footballer from England who has played for Aviva Premiership teams like the London Wasps and Saracens FC. He began playing for the English national team in 2013.

During England's 2013 tour of Argentina, he scored a hat trick in less than six minutes against Consur XV.

His brother, Mako, has played for Saracens FC.

He has been teammates with Owen Farrell at Saracens FC.

Billy Vunipola Is A Member Of