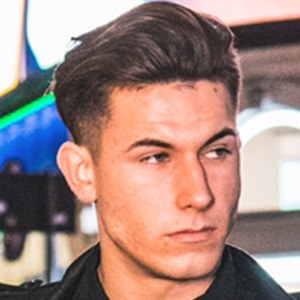 Social media star who has risen to fame for his self-titled TikTok channel. He has earned huge popularity for his lip-syncs and dubs in meme format while modeling.

He began his TikTok channel in July 2019. He became a student at the University of Massachusetts Boston.

He has amassed more than 490,000 TikTok fans. His jacy.kretas Instagram account has also earned more than 50,000 total followers. He has modelled for London Fashion Week.

He is of Greek descent.

He and Lakota Johnson are both popular models on TikTok.

Jacy Kretas Is A Member Of