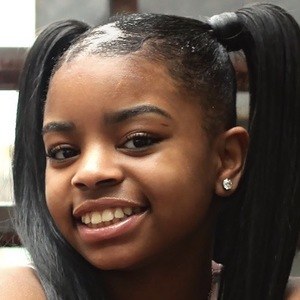 Social media star, actress and dancer who shows off her slick moves in viral clips on Instagram for more than 220,000 followers. She became part of the cast of the Born to Dance 330 Go Hard or Go Home web series in 2019. She is also active on the apps TikTok and Dubsmash.

She began playing basketball, soccer and volleyball at a young age while also cheerleading.

She became a member of the Born To Dance 330 dance team and web series.

Her parents are LaNika Travis and Jatone Stephens. She has a younger sister named Taylor.

Jada Stephens Is A Member Of