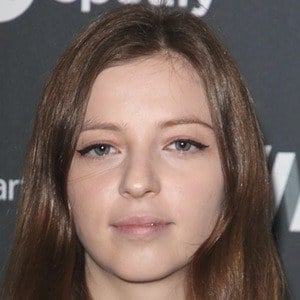 Up-and-coming English country singer who gained fame for the release of her debut EP Something American in 2017.

In her teens, she began learning to play the guitar and soon began writing songs. She later moved to the U.S. to begin recording her first album.

Before the release of her EP, she gained local fame playing festivals in the United Kingdom. She eventually made her live U.S. debut at New York's Rockwood Music Hall.

After her parents divorced, she moved to South Wales with her mother and grandmother.

She made her network television debut singing "Cathedral" on The Late Show with Stephen Colbert in October 2017.

Jade Bird Is A Member Of