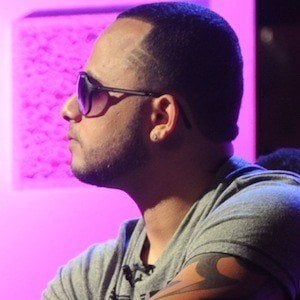 Reggaeton artist also known as El Tsunami who found success on the Billboard charts with singles like ""Si Tu No Estas Aqui," "Fashion Girl" and "Sol y Arena." He was killed after he lost control of his motorcycle in Rochester, New York in May 2014.

He began composing his own songs at age eight.

He spoke about his love for music at the Billboard Latin Music Conference & Awards in 2011.

His real name is Ramón Alberto González Adams. He is survived by his brother Miguel.

He collaborated with big name reggaeton artists like Don Omar.

Jadiel Is A Member Of