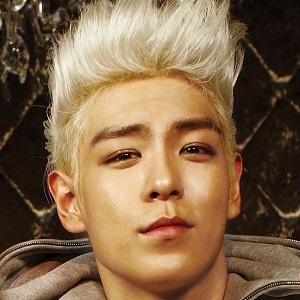 Lead rapper for the hip-hop Korean boy band Big Bang, T.O.P. also forged a successful acting career. In 2013 he won a Rookie Award at the Busan International Film Festival for his work Commitment.

He performed as an underground rapper, Tempo; he and his future Big Bang bandmate G Dragon became friends while they were still children.

He appeared in I Am Sam, Iris, Nineteen, 71: Into the Fire, and Alumni, which also featured actor Jo Sung-ha.

He was extremely close to his parents and wrote a letter to his mother that was read on the show, Come to Play, in which he expressed regret for not always being a good son.

He was featured in the 2013 single "Bubble Butt," with Major Lazer, Bruno Mars, G Dragon, Tyga, and Mystic.

TOP Is A Member Of