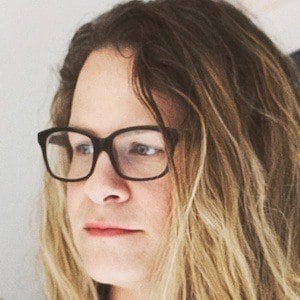 Known as the founder of the design discussion site Design Milk and its sister sites. She has served as all sites' chief editors and a regular contributor. She also has a keen interest in painting, and is an accomplished artist.

She graduated from Temple University in 2001. She largely self-taught herself how to paint.

In 2016, her painting work was featured at the Resonance group show at the Sparks Galley in San Diego, California. Her writing has also been featured regularly on the Huffington Post.

She has expressed her admiration for Chuck Close's work.

Jaime Derringer Is A Member Of