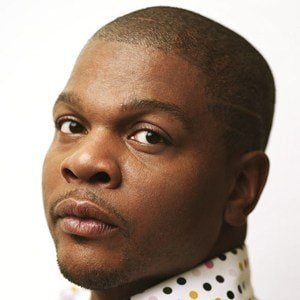 American painter whose portraits of African-Americans in valiant poses have won him recognition from institutions like the United Federation of Teachers, who named him the Artist of the Year in 2011. His work has been displayed in venues like the Los Angeles County Museum of Art.

He attended an art school in Russia at age 12. He earned an MFA from Yale University in 2001.

His father is Nigerian and his mother is African-American.

His painting Napoleon Leading the Army Over the Alps is based on Jacques-Louis David's Napoleon Crossing the Alps.

Kehinde Wiley Is A Member Of