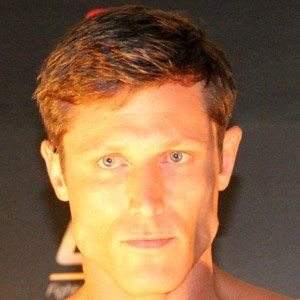 American mixed martial artist who decided to leave behind a career on Wall Street and pursue a fighting career. He competed in Asia's largest mixed martial arts organization based in Singapore.

He studied at Princeton University and was two time captain of the wrestling team.

He followed many of his friends into banking and worked on Wall Street with Thor Equities, but became disillusioned by it.

He was born and raised in Point Pleasant Beach, New Jersey.

He and Roy Nelson are both high-profile MMA fighters.

Jake Butler Is A Member Of