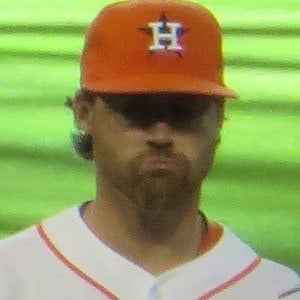 Shortstop who has played for major league teams like the Houston Astros and Cincinnati Reds since coming into the major leagues in 2012. He previously pitched for the Arizona State Sun Devils.

In August 2013, he became just the fourteenth player in major league history to play pitcher and catcher in the same game.

He got engaged to journalist Kristen Keogh but the two eventually broke up.

He has been teammates with power pitcher Aroldis Chapman as a member of the Reds.

Jake Elmore Is A Member Of