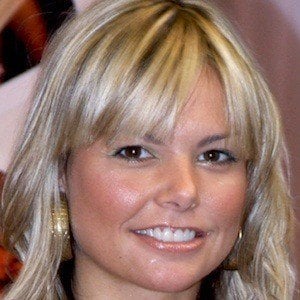 Glamour model, actress, and DJ known for her appearances in various magazines in the early 2000s. She's also appeared in movies like EuroTrip and Is Harry on the Boat? In 2009, she began working as a DJ.

She was a competitive dancer growing up. After she finished high school, she studied to become a hairdresser and eventually came to manage a salon. She started modeling after winning a competition in 1999.

She has a degree in criminal psychology. FHM ranked her as one of the UK's 100 Sexiest Girls of 2002.

Her father is David Degg. Her mother helped convince her to get into modeling.

She appeared in EuroTrip with Scott Mechlowicz.

Jakki Degg Is A Member Of