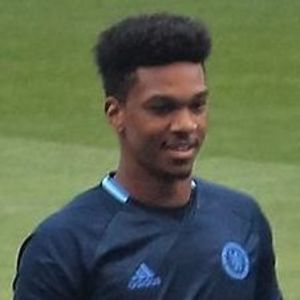 English soccer player best recognized as a goalkeeper for the Chelsea football club. He has also played as a member of the English national youth leagues, under-16, under-17, and under-19.

He began his youth soccer career at the age of thirteen, joining the Chelsea youth team in 2006. He would later make his senior debut with them in 2012.

He briefly joined the championship league while on loan with Middlesbrough in late 2014.

He has three sisters, two of whom are named Charlie and Chantelle.

Captain John Terry has played alongside him as a member of the Chelsea football club.

Jamal Blackman Is A Member Of