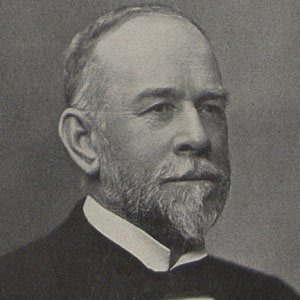 During the late 1880s and early 1890s, this Republican Party politician served as Governor of Pennsylvania. After leaving office, he served a two-year term as President of Pennsylvania State University.

After graduating from Jefferson College, he became an attorney in Bellefonte, Pennsylvania, and ascended to the rank of Lieutenant Colonel in a military regiment known as the 45th Pennsylvania Volunteers.

He was wounded during the Civil War while serving on the Union side in the 1863 Battle of Chancellorsville.

He spent his early years in Millerstown and Belleville, Pennsylvania.

He was offered the chance to run for U.S. Vice President on the James A. Garfield ticket, but turned down the opportunity.

James Beaver Is A Member Of