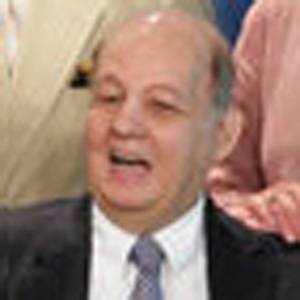 Former White House Press Secretary and Assistant to President Ronald Reagan who was shot in the head during the 1981 assassination attempt on Reagan by John Hinckley Jr.. He was left partially paralyzed as a result and became a strong proponent of gun control for the rest of his career.

In 1982, he graduated from McKendree College, Illinois, with a doctor of laws.

The Press Briefing Room in the White House is named after him.

HBO made a film about his recovery after the shooting entitled Without Warning: The James Brady Story. He was played by Beau Bridges in the film.

James Brady Is A Member Of