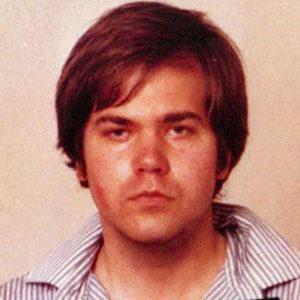 Found not guilty of the attempted assassination of Ronald Reagan due to insanity, a verdict that outraged many people. In 2016, it was announced he'd be freed from prison after serving 35 years.

Though Reagan was flanked by aides and security personnel, he managed to get close enough to the president to fire a hit; if the bullet had exploded as intended, he likely would have killed the president.

After successfully avoiding punishment with his insanity defense, the public outcry forced a revision of the rules allowing such claims.

He was the youngest of three children in Ardmore, Oklahoma, where his mother was part of the Disciples of Christ and his father a born-again Christian.

By a twisted chain of logic that involved the actress Jodie Foster and Martin Scorsese's film Taxi Driver, he decided he needed to kill Reagan to win Foster's heart.

John Hinckley Jr. Is A Member Of