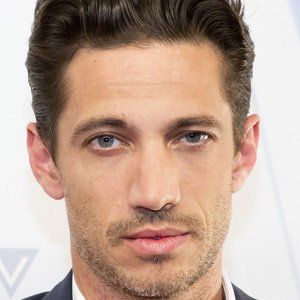 He played Leoni Franco in Fox's crime drama The Mob Doctor and appeared on So NoTORIous. As a stage actor, he received widespread acclaim for his role in Rock of Ages.

He began his acting career at age fourteen in the Broadway production of Saturday Night Fever.

He married actress Amy Acker in 2003.

He has had guest roles on Tori Spelling 's show, So NoTORIous.

James Carpinello Is A Member Of