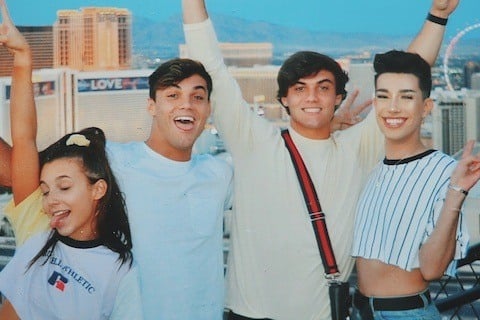 Name given to a group of internet content creators who would feature one another on their respective social media outlets. They would do challenges, vlogs and other sorts of videos. The group came to an end in May of 2019 after months went by without a new video. The new group, which did not include James Charles, was known as Holy Trinity.

One such video of the four-person group collaborating together was called "MUKBANG." It was watched more than 8 million times on the Dolan Twins YouTube channel.