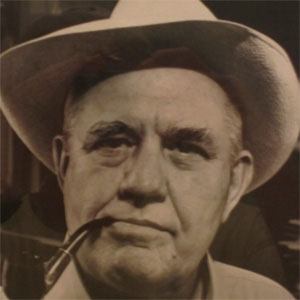 Folklore writer and newspaper columnist who became famous for writing about traditional life in rural Texas.

He attended Southwestern University in Georgetown, Texas, where a professor introduced him to poetry and encouraged him to pursue a career as a writer.

He played a major role in saving the Texas Longhorn cow from extinction.

He married Bertha McKee in 1916 after meeting her in college.

Lyndon Johnson gave Dobie the Medal of Freedom four days before his death on September 14th.

James Frank Dobie Is A Member Of