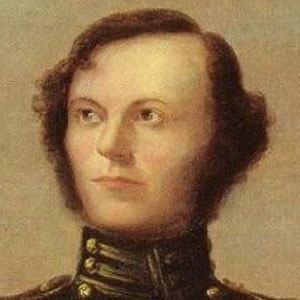 American war hero who was a U.S. military figure in the Texas Army and leader during the Texas Revolution from 1835 until 1836. He surrendered to Mexican forces at the Battle of Coleto Creek and was executed soon after.

He joined the United States Military Academy at West Point in July 1819 and later worked as a merchant.

He married Minerva Fort in 1829 and they had two daughters.

He made an influence during the Texas Revolution like William B. Travis.

James Fannin Is A Member Of