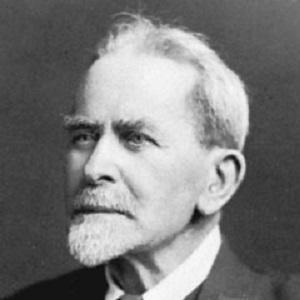 Scottish anthropologist who made a large impact on the development of mythology and studies of relative faith. His most famous book, The Golden Bough, which he wrote in 1890, documents the similarities among magical and religious beliefs across the globe.

He spent a great deal of time at Trinity College, Cambridge, earning a degree in Classics and Trinity's Title Alpha Fellowship.

He was not widely traveled and instead got most of his information through questionnaires that he mailed to missionaries and imperial officials all over the world.

He got married to his wife Lily, who died only one day after him.

His work was the inspiration for the notable poem "The Waste Land" by T. S. Eliot.

James George Frazer Is A Member Of