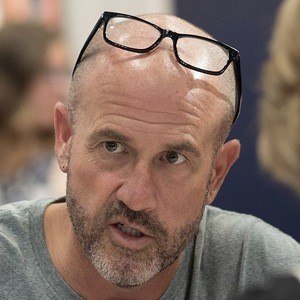 Novelist and memoirist who first gained national attention from the acclaim and subsequent controversy surrounding his 2003 memoir A Million Little Pieces. He has also served as the CEO of Full Fathom Five, the production company responsible for the popular Lorien Legacies series of young adult science fiction books.

He was born in Cleveland and attended The School of the Art Institute of Chicago. Before writing his memoir, he produced and wrote the screenplay for the 1998 romantic comedy Kissing a Fool.

In January 2006, he appeared on The Oprah Winfrey Show to admit that several portions of A Million Little Pieces had been fabricated, including his claim that he had spent 87 days in jail.

He married a woman named Maya and has children. His son Leo passed away in July 2008 at 11 days of age.

As claims of factual inaccuracies within A Million Little Pieces began to mount, he appeared with his mother on Larry King Live to defend himself and his work.

James Frey Is A Member Of