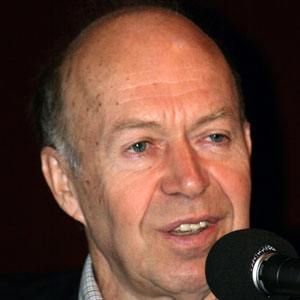 Best known for his research on climate change, he taught in Columbia University's Earth and Environmental Sciences Department. For three decades, he headed the National Aeronautics and Space Administration's (NASA's) Goddard Institute for Space Studies.

From the University of Iowa, he earned a Bachelor of Science degree and a Ph.D. in physics and a master's degree in astronomy.

He published numerous scientific papers about the atmosphere of the planet of Venus.

He grew up in Denison, Iowa, as the son of Gladys and James Hansen.

He was heavily influenced by the work of astrophysicist and fellow University of Iowa graduate James Van Allen.

James Hansen Is A Member Of