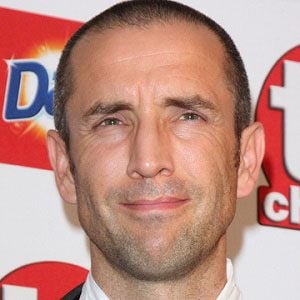 Famous for his portrayal of Sam Dingle on the popular ITV soap opera Emmerdale, he appeared in close to nine hundred episodes of the series between 1995 and 2015. His other acting credits include guest spots on The Bill, Peak Practice, and Touching Evil.

He trained at the Carlton Junior Television Workshop in his hometown and, when he was only twelve years old, made his screen acting debut in the children's series Your Mother Wouldn't Like It.

His Emmerdale character had a relationship with actress Gemma Oaten's character Rachel Breckle.

The son of Maureen Hooton, he spent his youth in Carlton, Nottinghamshire, England. His daughter, Lily, was born in 2006.

He and Mark Addy were both in the cast of the 1999 comedy movie The Last Yellow.

James Hooton Is A Member Of