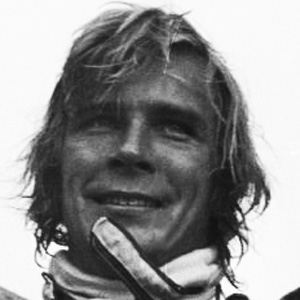 British racing driver who won the Formula One World Championship in 1976. He later became media commentator.

He was intent on being a doctor before being taken to an auto race by his friend.

Fans called him 'Hunt the Shunt' because of his crazy antics on the racetrack.

He married Suzy Miller on October 18, 1974 and after their divorce, he married Sarah Lomax in September, 1983. He had children, Freddie and Tom.

His first wife left him for fellow racer Richard Burton.

James Hunt Is A Member Of