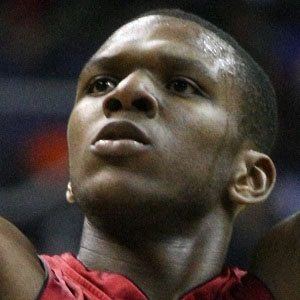 NBA small forward/shooting guard known for his three-point shot. He helped the Miami Heat win back-to-back NBA Championships in 2012 and 2013.

He played four years of college basketball at the University of Miami (Florida) and was selected 49th overall in the 2003 NBA Draft by the Indiana Pacers.

He won the NBA's Three-Point Shootout Competition in 2011.

He married Destiny Jones and he has two daughters named Jadynn and Jodie and a son named James. He was born to Jennifer and Earl Harris and raised with a brother and three sisters.

He played alongside NBA star LeBron James in Miami, then joined James in Cleveland in 2014.

James Jones Is A Member Of