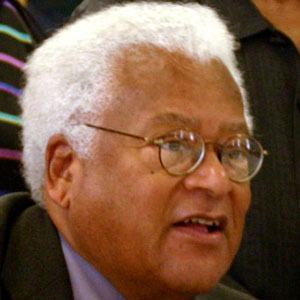 Civil rights leader known for his nonviolent tactics as a leader of the Civil Rights Movement of the 1960's.

He traveled to India to study nonviolent protests after spending fourteen months in prison for refusing to report for the draft in 1951.

He was urged by King Jr. to help the movement, so he began leading workshops for the Southern Christian Leadership Conference.

He grew up in Massillon, Ohio.

James Lawson Is A Member Of