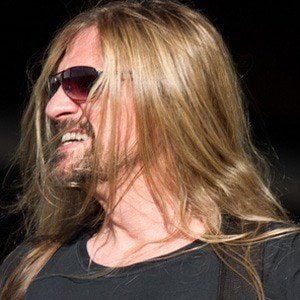 Hard rock and heavy metal bassist who was a band member of the well known groups White Lion and Megadeth.

The first group he ever joined was called Clockwork and he was with them from 1980 until 1983.

With White Lion he was a part of the albums Pride, Big Game, Mane Attraction, and The Best of White Lion.

He started performing alongside John Fogerty in 2013.

James Lomenzo Is A Member Of