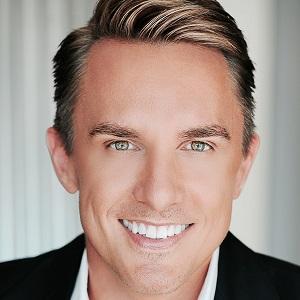 English media personality most famous as the host of National Lottery television programs like Winning Lines and In It to Win It. He has also hosted American programs like Diana: Memories of a Princess on the TV Guide Network.

He was born in Sheffield, England and got his start as the host of the Disney Channel Kid's Awards in 2000.

He has served as the so-called Royal Expert on the celebrity news program Extra.

His younger brother is , one half of the Dick and Dom comedy duo.

He and Simon Mayo both hosted Winning Lines on BBC One.

James McCourt Is A Member Of