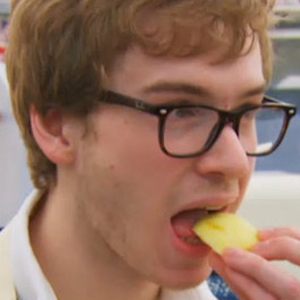 Avid baker who found a following after being a finalist on season 3 of The Great British Bake Off. His success on the show led him to create a blog called Baking James, where he shares recipes as well as opinions about non-food subjects. He's amassed over 60,000 Twitter followers.

His grandmother started teaching him how to bake at a young age. He was studying at the University of Glasgow when he appeared on The Great British Bake Off.

He has a degree in medicine from the University of Glasgow.

His father is Tom Morton, a Scottish journalist and writer.

He shares a home country and passion for food with famous Scottish chef Gordon Ramsey.

James Morton Is A Member Of