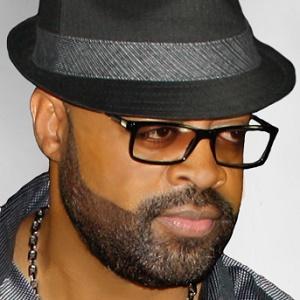 Member of the Grammy Award-winning production team PAJAM who is also one of the most successful and recognized contemporary gospel music artists with more than 700,000 albums sold across four albums. He is known by the stage name J. Moss.

He attended Michigan State University for two years before deciding to make music his primary purpose.

Top 10 singles such as "We Must Praise," "Praise On The Inside," "Psalm 150" and "God's Got It" have helped him secure Stellar Awards for his artistry and a host of various other accolades including American Music Awards, Soul Train Awards, DOVE Awards and ASCAP Songwriter of the Year.

He is the nephew of Gospel's legendary Dr. Mattie Moss Clark and the son of Bill Moss, Sr., founder of the '70s Gospel act Bill Moss & The Celestials. His father paired him with his brother Bill Jr. in a group called The Moss Brothers.

James Moss Is A Member Of