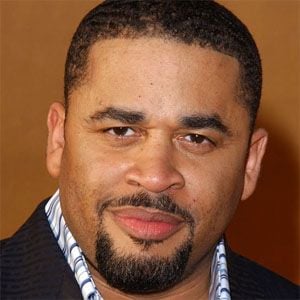 Michigan-born gospel singer and songwriter. His award-winning albums include An Invitation to Worship and Byron Cage: Live at New Birth Cathedral.

He studied at Morehouse College in Georgia and later became music director at a Pentecostal church in Detroit, Michigan.

He married dentist Sonya Windham Cage in North Carolina in 2004. The couple later lived in Maryland and Virginia.

He and Marvin Sapp were contemporaries and fellow Michigan-born gospel singers.

Byron Cage Is A Member Of